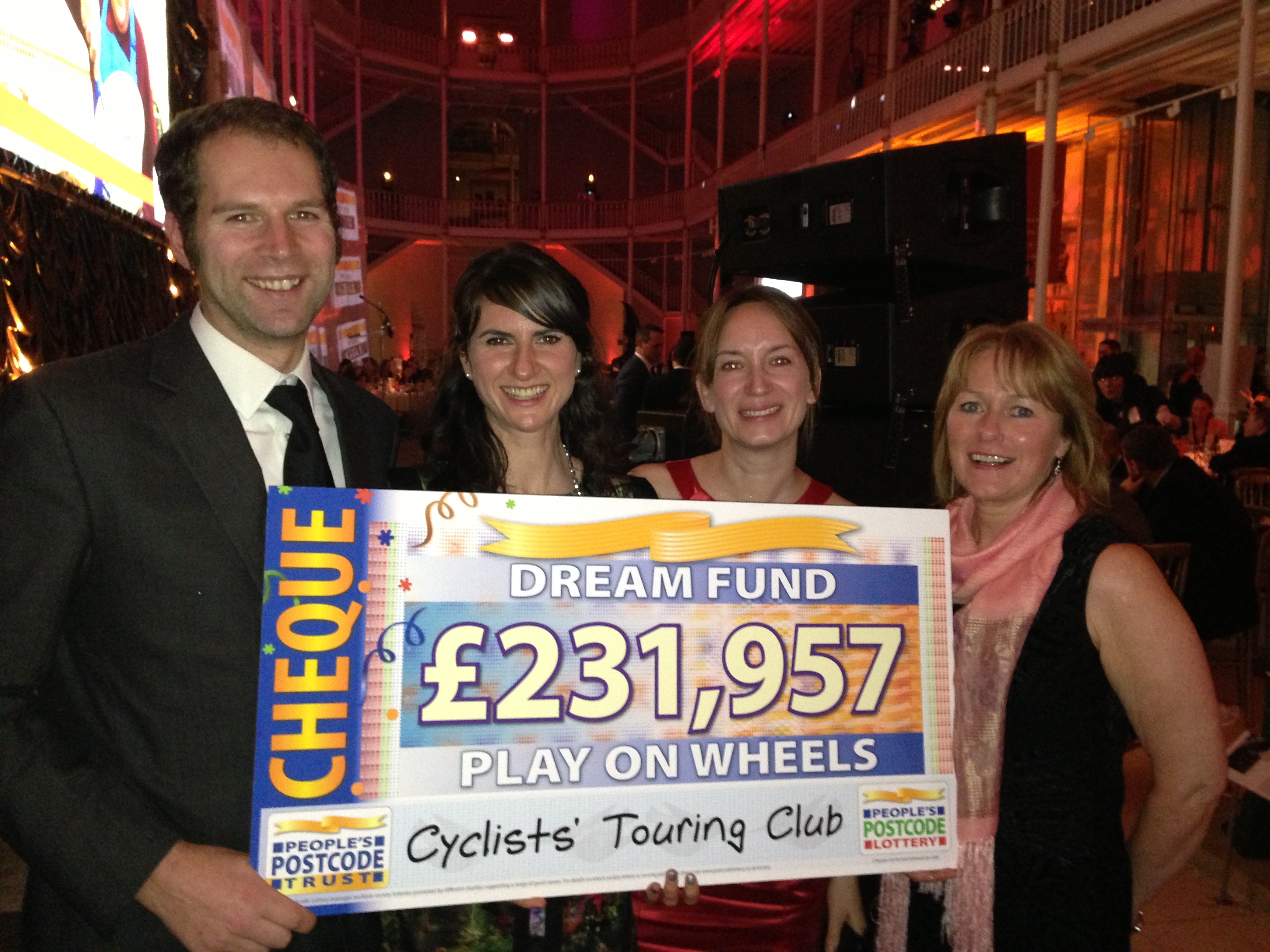 The award, which is the largest single amount ever awarded to a Dream Fund project, means every four-year-old child in Glasgow will have the chance to learn to ride a bike before they go to school.

Planned to run from this year until January 2016 to coincide with the Commonwealth Games, the project aims to help children and their families incorporate cycling into their lives. Four-year-olds will be able to receive a bespoke Bikeability Scotland Early Level cycle training, and will have regular access to bikes, which they will then be encouraged to swap and recycle through project partner Glasgow Bike Station as they grow.

The four charities involved in the development of the project hope to capitalise on the excitement and interest in cycling and create a lasting legacy for the City’s young people and families. CTC Cycling Development Officer for Scotland Suzanne Forup, who headed up the project, was delighted by the grant. She says:

“Allowing young children to experience the fun and exhilaration of cycling independently, and to begin to develop active habits helps them to lead a healthy lifestyle as they grow through childhood and into adulthood. The funding we received from the players of  the People’s Postcode Lottery will help take our project from planning to reality.”

Play on Pedals will work with 50 community organisations, including nurseries, playgroups, disability support groups, health and medical centres, and community centres across Glasgow to create a group of cycling ambassadors. These will be instrumental in targeting every family in their community and getting them cycling.

Play on Wheels was the working title for this project during the submission process.  Play on Pedals is the actual project title.