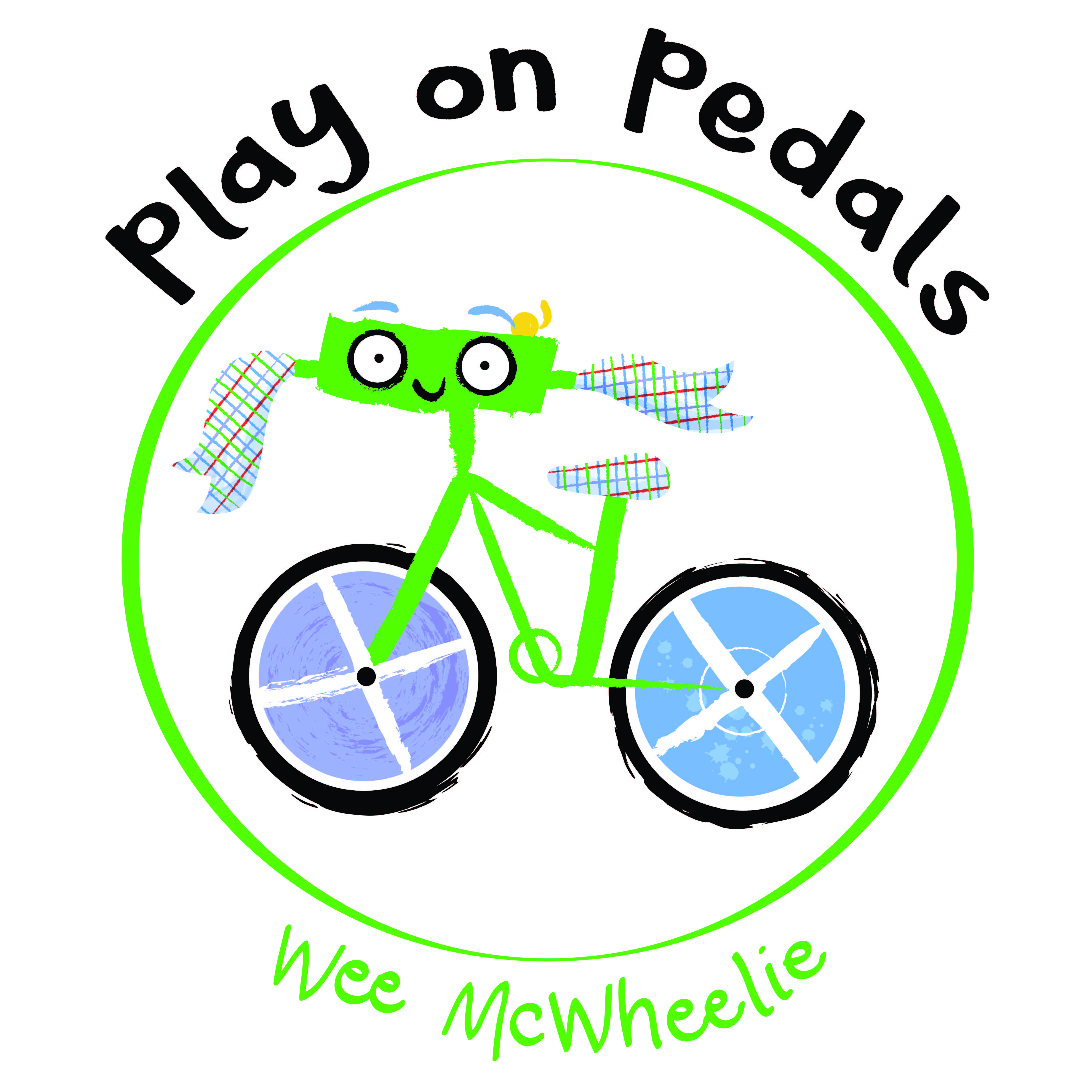 Last week we were busy piloting our new Bikeability Scotland Early Level training resources with nurseries from Gorbals. Hosted by Laurieston Nursery, we invited staff members from Adelfi nursery, TASK, Bridgend Nursery, St Francis Nursery as well as representatives from South Glasgow NHS Health Improvement Team and a cycle trainer volunteer  to attend a pilot training day, delivered by Drew Michie, a Cycling Scotland tutor, to trial our early years games and instructor training sessions. The aim of the day was to gather feedback from our participants about the suitability of our newly drafted resources and to this end our day was a great success with lots of discussion and learning.

We started the morning with a presentation from Claire Grines from Wishaw Nursery in North Lanarkshire who has been delivering bike sessions to her children as part of North Lanarkshire’s new programme. Claire and her colleagues, particularly Jackie Fulton, in North Lanarkshire have been supporting us to create material suitable for young children and it was great to hear about the successes of their programme and see how much of a change it has made not only to their children but also to their parents. We watched a short film they’d created in which parents talk about how inspired children had become as a result of their bike sessions and heard how parents had started buying their own bikes to take out with their little ones at the weekend. It brought home how important this project will be to kids across Glasgow and gave us the drive to get out and start learning more about how to deliver these sessions.

We headed out to the playground to have a look at the balance bikes and try some of the games that Drew had created. It was interesting to highlight some of the obstacles that instructors might face when training to deliver a session, including knowledge of bike parts and maintenance, confidence using a bike and how best to demonstrate games to the children – should instructors be using the balance bikes to be at the same level as the children or should they use adult bikes? We spoke about risks in the playground and thought about how we would overcome issues like differing skills and capabilities between the children and how to introduce different themes, such as braking and steering, within a session without making it too structured or complicated for children who are most interested in playing on the bikes.

Our afternoon session allowed us to see the children in action and to address some of the queries from the morning. We had two hours with two different groups of children, 4 at a time. Drew took the first group and started them off with a gliding game while Claire spoke with the nursery staff about some of the points to consider when delivering the games. She advised that one of the first things she would talk to the children about is  braking – introducing the concept early on enables the children to practice using brakes rather than putting their feet down and, even if initially they find it hard to grab the brake while handling the bike, this can then be reinforced throughout the sessions. During the second hour, the nursery staff trainees had a go at delivering some of the games to individual children; they set up a variety of activities and had fun explaining and supporting the children. The transformation in children’s skills even within an hour is dramatic!

The pilot training day was very useful for Play on Pedals – participants came away feeling more confident with the delivery of the session having had the opportunity to work with the children and could better visualise how they would take back the resources to their groups. However, they also gave us lots of ideas and feedback about how to improve the training day, discussing what was the most important element of the sessions for them, how best they learn and the kinds of resource materials they would find useful.

Thank you to all participants for their input – it was greatly appreciated. We are currently making final adjustments to the training resources and will be carrying out a second pilot session with the same staff members from Gorbals in the coming weeks.