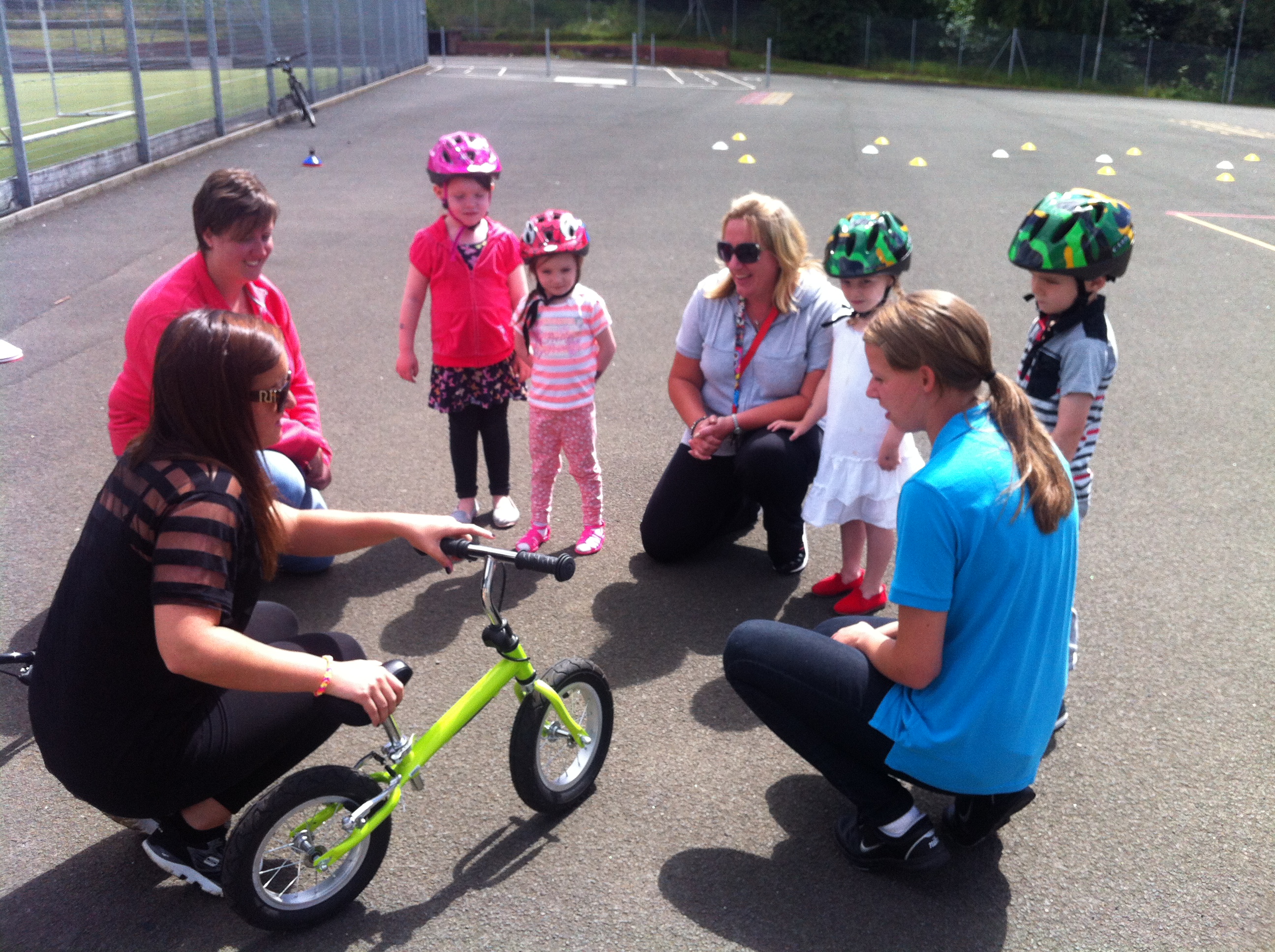 Play on Pedals carried out a training session with 9 nursery staff members and volunteers from groups across the south of Glasgow last week to trial the revised version of the Play on Pedals Instructor training resources which we have been developing over the summer.

The revised day included more opportunity for candidates to practice games in the morning on adult bikes to get a feel for how the games are taught and to think about what kind of issues and obstacles the children might come across when trying the activities. The morning also included a short safety check session for those who were less familiar with the parts and functions of the bikes, with an extended recap during the afternoon. Candidates received a training manual and games pack full of ideas of things to play with children, linking games to the Curriculum for Excellence.

Candidates devised their own lesson plans together in pairs and spent two hours during the afternoon delivering short sessions with two groups of nursery children. Despite the boiling heat the children were not only keen to have a go at the games but one or two preferred to invent their own, getting their friends to follow the leader around the playground!

Play on Pedals is also currently writing the content for the second day of training for volunteers to become Play on Pedals Instructor Trainers, to be rolled out across Glasgow this autumn.