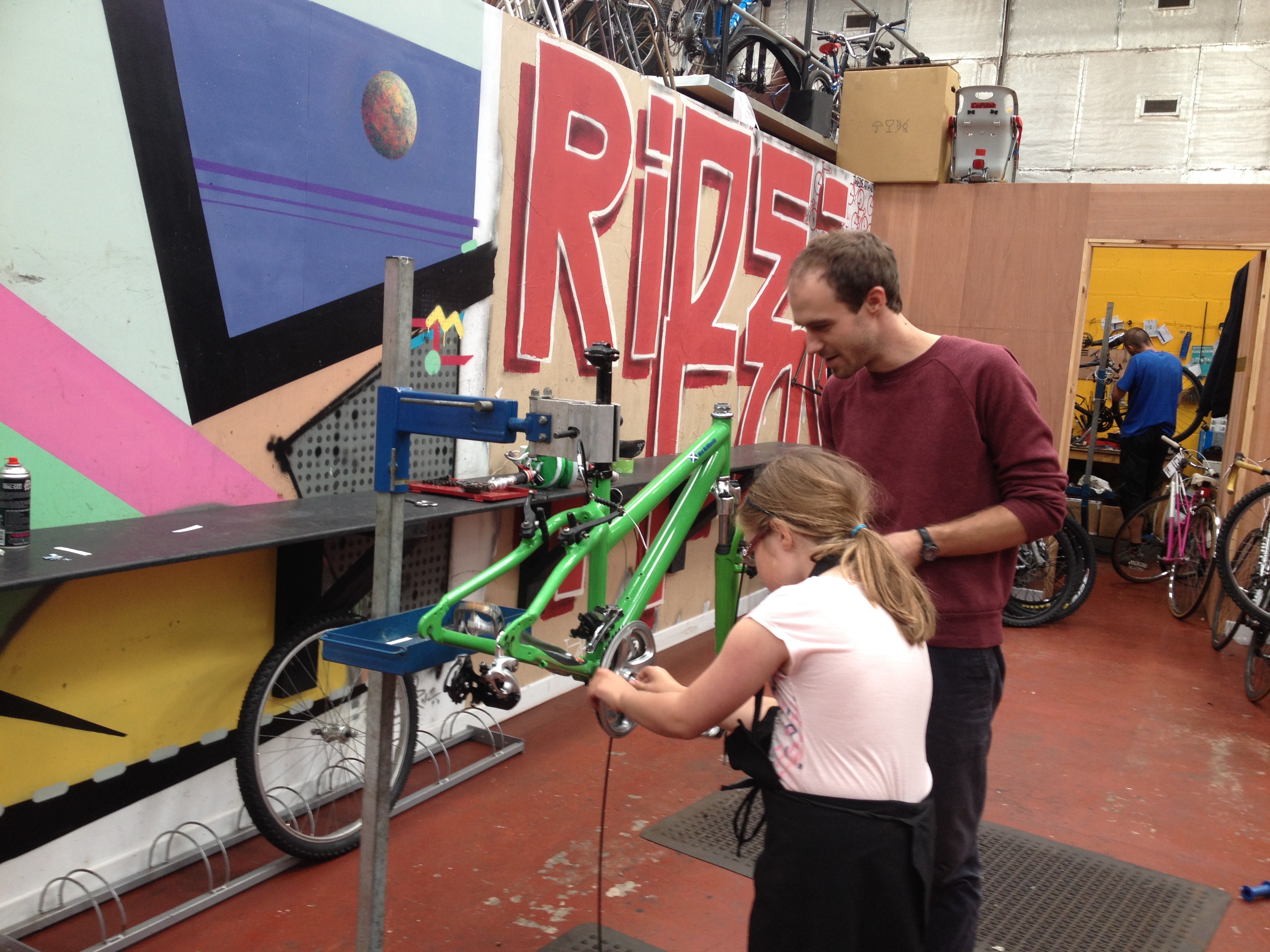 Play on Pedals is delivering its first bike swap this month, with the Bike Station.

Nurseries from across the North East of Glasgow have been given the opportunity to apply to have their broken, damaged or unused bikes collected and either fixed up or replaced by mechanics at the Bike Station. These bikes will then be distributed, in true seasonal style, by Father Christmas during December.

Working with the NHS Health Improvement Sector to coordinate this initiative, Play on Pedals has identified a need for a refurbishment of existing bikes in nurseries in the North East of the city. As a pilot Play on Pedals bike swap, with a particular focus on the refurbished bikes being used by nurseries within the Play on Pedals project, this initiative will trial the effectiveness of the process and will be expanded and improved upon over the coming year; other bike swaps within communities are also planned to take place.

This initiative will coincide with the Bike Station’s Bike Amnesty, running as part of the EU’s Waste Reduction Week at the end of November. Therefore, in addition to returning refurbished bikes, the Bike Station’s Bike Amnesty will provide extra children’s bikes donated by members of the public for swaps and parts, increasing the Play on Pedals second hand bike fleet. This way, more children will have access to bikes and less bikes will end up in the rubbish dump or rusting at the back of someone’s shed.

If you have a children’s bike to donate to the Bike Amnesty, you can find out more information here.