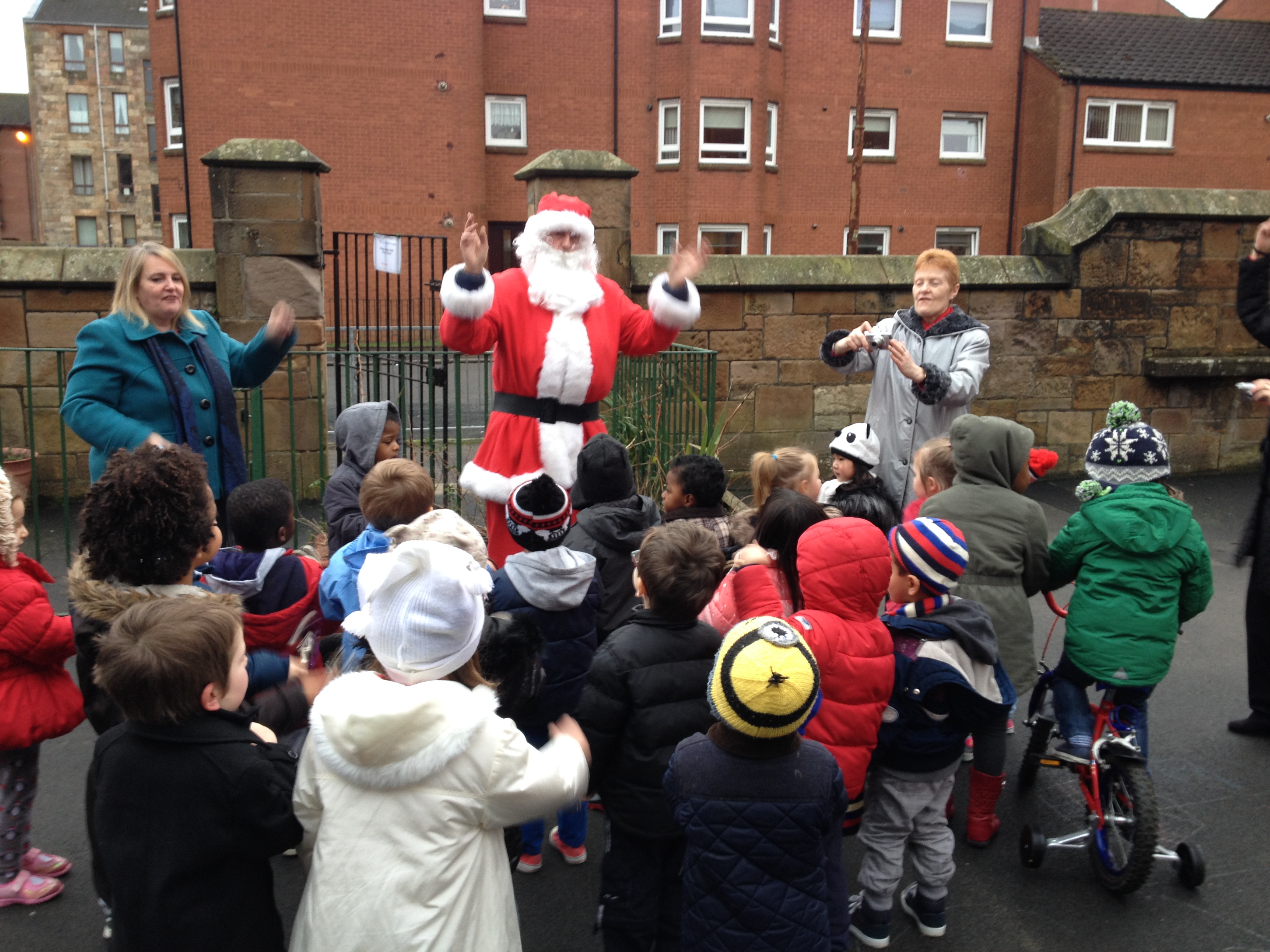 Play on Pedals was very lucky indeed this Christmas, because Santa Claus himself joined in the pedalling fun to help Play on Pedals distribute refurbished bikes out to nurseries participating in our first Bike Swap in North East of Glasgow.

Bikes that had been taken in at the end of November were fixed by Santa and his Bike Station elves just in time to be redistributed to nurseries before Christmas.

The children were all so excited to meet Santa and tell him about their wishes; we were even lucky enough to hear some of the Christmas songs they had been learning, although Santa was a bit shocked to hear children singing ‘When Santa Got Stuck Up the Chimney’!

While participating nurseries have now received their bikes back in working order, this January the Bike Station will be revisiting these nurseries to deliver additional children’s bikes that have been gathered as a result of their November Bike Amnesty. Staff from these nurseries will now also be invited to take part in the Play on Pedals Instructor training day early this year.

Play on Pedals would like to wish you all a very happy 2015 and looks forward to expanding and developing pedalling skills across Glasgow over the coming year!