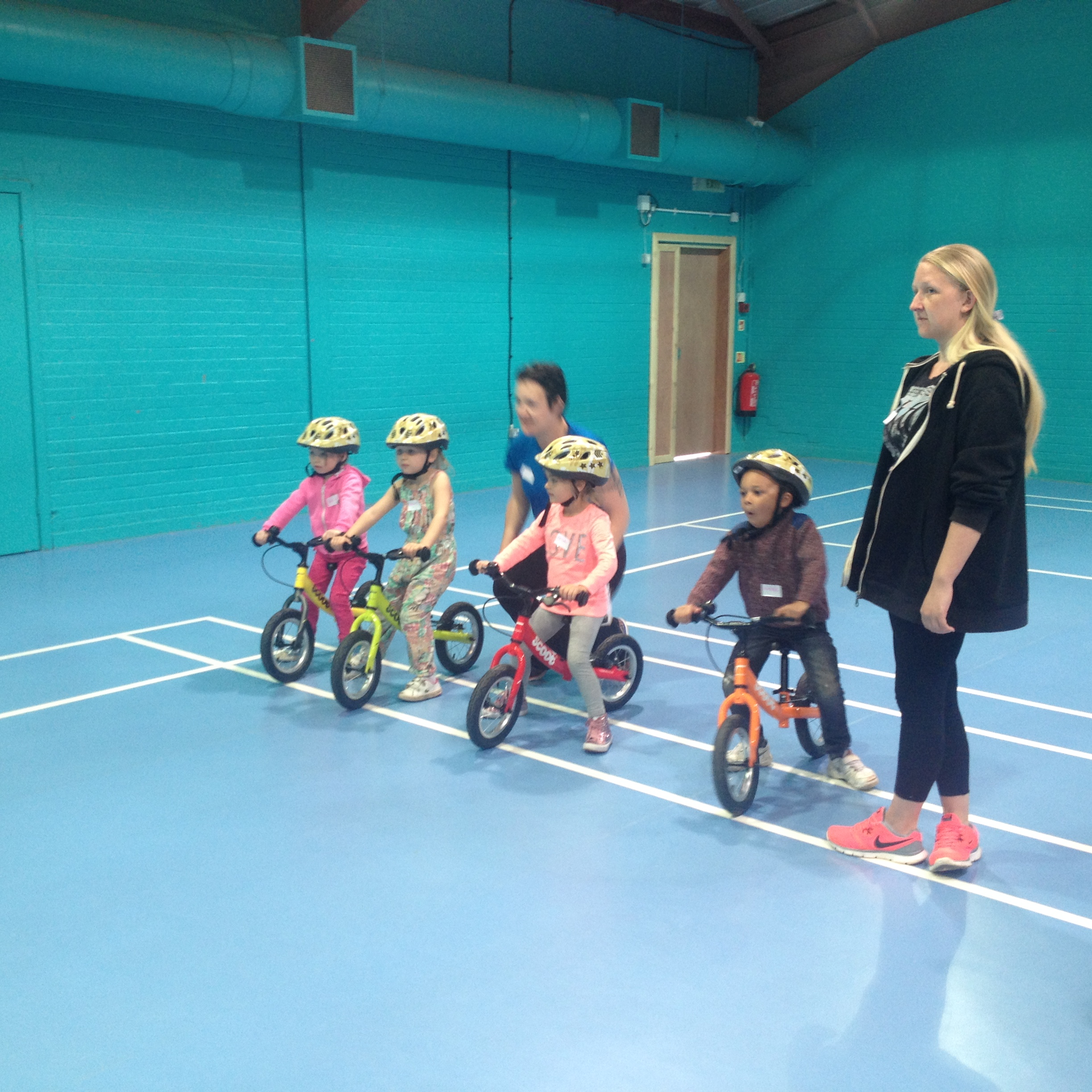 Today we were up at the Drumchapel Sports Centre delivering training to the remaining Drumchapel Nurseries.

Our day was fun and informative – particularly the afternoon session, which was really special because we were joined by children from Drumchapel Early Years Centre and staff member Lorna, who has previously trained with Play on Pedals.

These four children were 3 weeks into their programme with Lorna and it was amazing to see the difference that 3 weeks can make. All the children were gliding, lifting their feet in the air, confident and smiling; they were using their two feet at once to push off and remembering to brake to stop. They were so fast the camera couldn’t keep up!

Being able to observe and show the new trainee Instructors what can be achieved in just 3 weeks was fantastic and hearing from Lorna about what she’s developed for her children, how things have worked for her and how much she’s enjoying the course really inspired the participants.

What made the day even more constructive was being joined by three boys from Cloan Nursery for a second practical session. Cloan Nursery are new to the project, with one of their staff on the training today, and therefore their children had not had a chance to use the balance bikes before. We were able to clearly see the difference between children just starting out and those who had progressed by 3 weeks. While they started off a little wobbly and uncertain, within the hour all three boys from Cloan had developed the skills to use two feet at once and lift their feet off the ground! Really fast progress!

Drumchapel has become a real hub for Play on Pedals – with 12 Instructors trained in 8 different nurseries, we are having a real impact. We also have three committed Hero Organisations – Healthy Tots, Happy Tots in partnership with Drumchapel LIFE, and Wheel Fix It – who between them are offering support with maintenance, second hand bike refurbishment and coordination of venues and resources. With the commitment of volunteers like Anne and groups like Wheel Fix It, Play on Pedals has really taken off and we can’t wait to visit the children as they progress through their training programme; it won’t be long before all of Drumchapel’s children are scooting around on bikes!